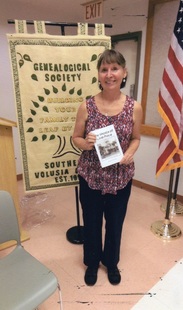 After our summer hiatus we welcomed Nancy Long of St. Augustine
to speak about Dayton's historic Lillian House built in 1884.
The house was rehabilitated through The Heritage Preservation Trust 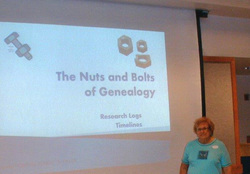 Our speaker for May 12 was our own Carolyn Carlisle.

"Nuts & Bolts of Research"  All about Research logs; Timelines &
IGI microfiche.
She also hosted a question and answer session open to all who
stayed and had questions. 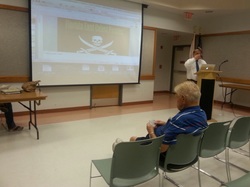 Our April 12 speaker was Zack Zacharis of MOAS of Daytona Beach.

He told fascinating stories of Pirates and Privateers plying their trade
off the coast of Florida and the East Coast.  He debunked a lot of the
myths of the pirates.
March 8, 2015 , Amy Lerner Girioux spoke on Researching New York and the lower Hudson Valley. 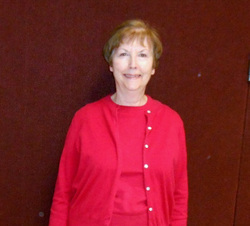 Our February 8, 2015 speaker was Kathy Stickney.

She spoke on Using Newspapers and the Library of Congress Records. 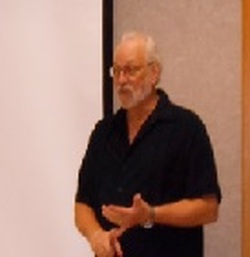 On January 11, 2015
Larry Fermi, our own member spoke about
20th Century Military  Research.
Our 2014 Christmas pictures are on the Pictures Page.
See what a good time we all had. 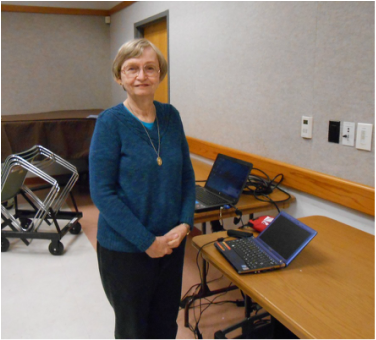 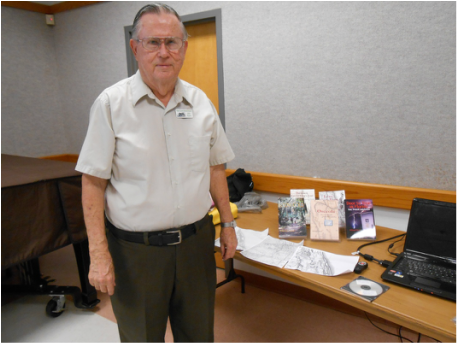 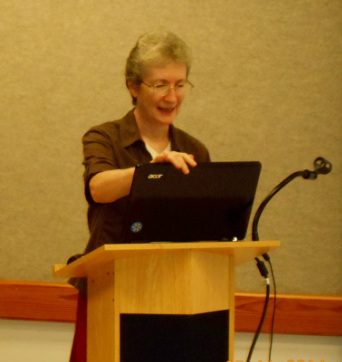 speaking about Immigration at our May 11, 2014 meeting. 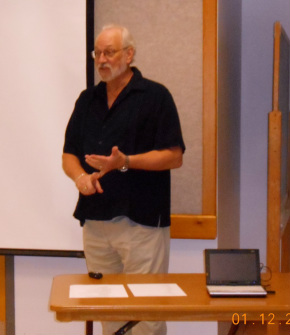 Larry Fermi   January 12, 2014 speaker
"Who's been living in my House" Using City Directories

We had a great Christmas luncheon on December 8th.  Because it was the last day of the Food  & Wine Festival, Norwood's invited us to partake of their brunch instead of each ordering their own lunch.
This included quality breakfast & lunch items, plus dessert and selected drinks . 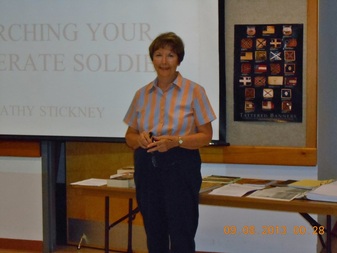 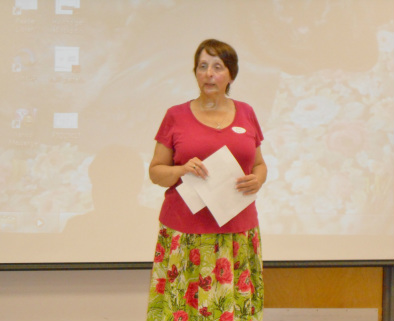 Bernardette Zappala - Irish Research- Getting Started by Going Backwards at our November Meeting 2012. 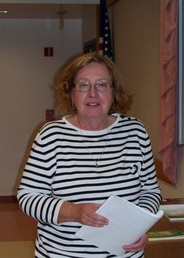 Joe David Bellamy at our June meeting in Hidden Pines Clubhouse
"Writing and Publishing Family History": From Inspiration to Nuts and Bolts 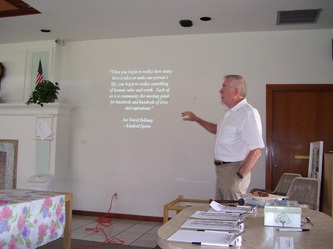 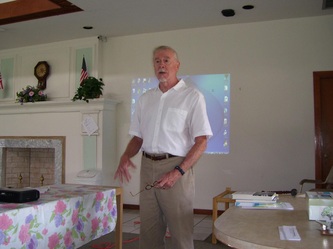 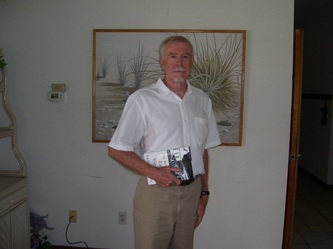 Kim Dolce from the City Island Library spoke about "Using
Newspaper E Resources at home" at our April 15, 2012 meeting. 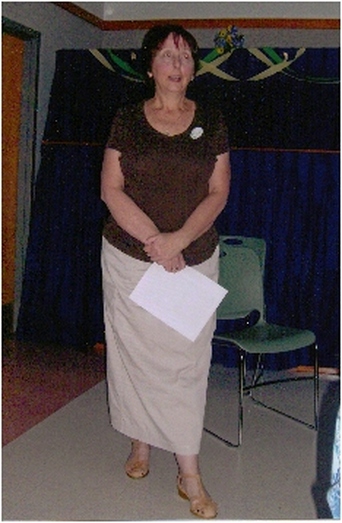 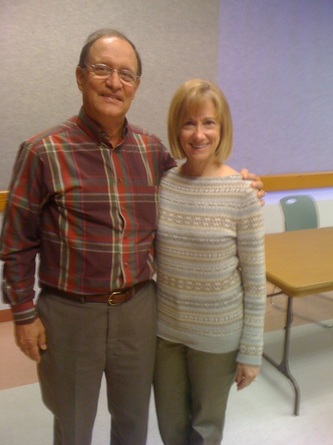 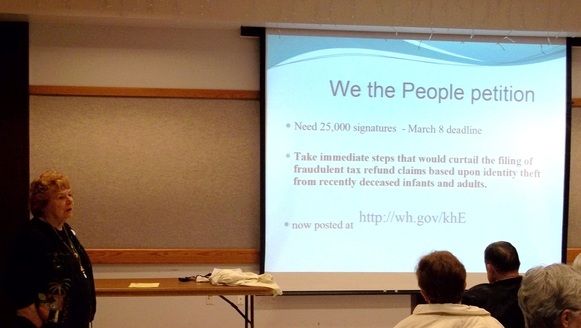 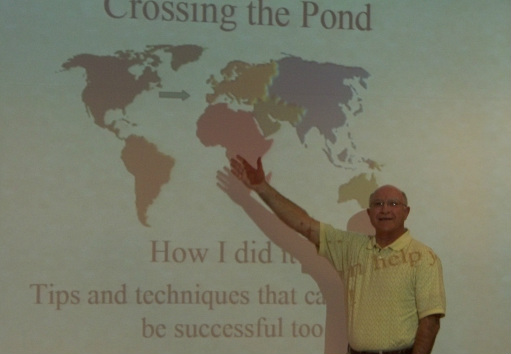 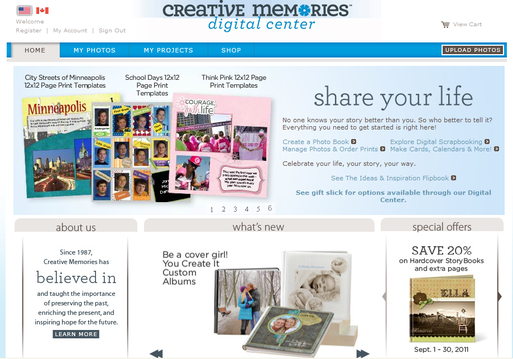 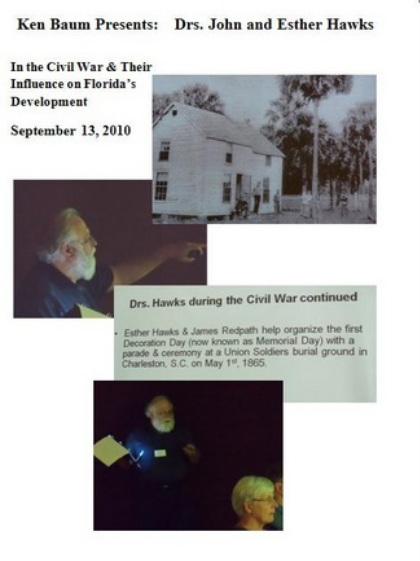 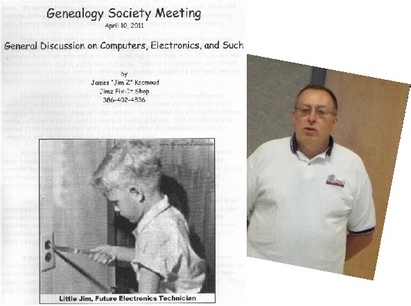 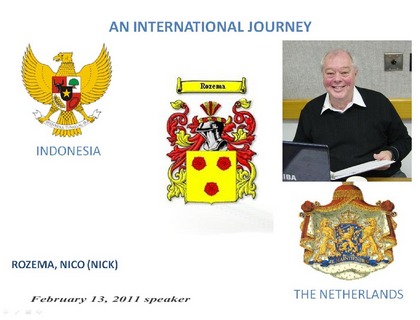